The exhibition In course of time – 400 hundred years of royal clocks was opened by The King on 22 January 2016 at the Royal Palace. More than 50 royal clocks were presented – some of them for the first time – dating from the 16th century to the present day.

CLOCKMAKING IS A PRECISE TRADE, and clocks have long been seen as highly exclusive objects. They have therefore often been designed with a great degree of artistic skill. The clock as an objet d'art was a key aspect of the exhibition. With the dawn of the modern era, clocks also became useful tools for coordinating work at the palace. For example, the exhibition included the clock that governed the palace guards' routines during the 19th century.

Today, clocks remain part of day-to-day palace life. Most of the clocks in the collections still work, continuing to perform their function centuries later as timekeepers at a number of the royal palaces.

See a selection of the clocks that were included in the exhibition, and join the Court Clockmaker as she makes her way around the palace.

In course of time – 400 hundred years of royal clocks

The exhibition was displayed in the Bernadotte Apartments at the Royal Palace during 2016. 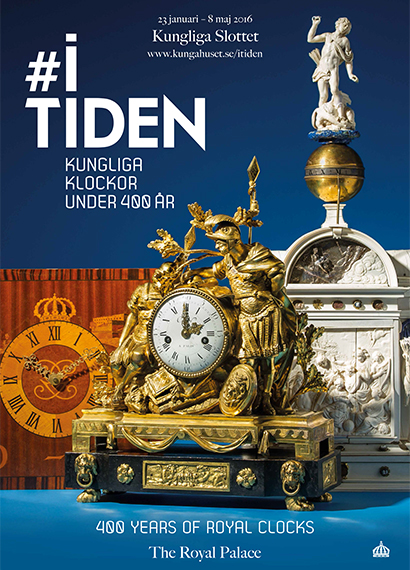